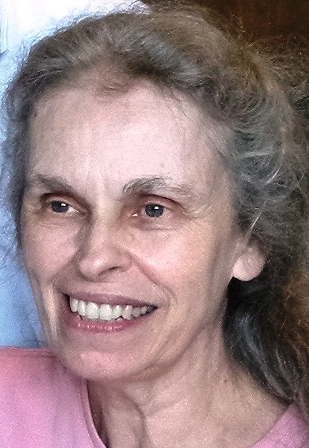 Barbara (Blanchard) Morrissey, age 71, of New Haven, CT, passed away on May 31, 2020 at 4:00 in the afternoon. After a long struggle with cancer, Barbara died at home with her daughter Katherine and husband William at her side.

Barbara was born on May 9, 1949 in White Plains, NY. Barbara came from a family of artists and architects. Her father, Joseph Blanchard, was an artist and graphic designer. Her mother, Helen Blanchard, was also an artist. Her grandfather, Harry Allen, and her uncle, Bruce Allen, were architects with York and Sawyer in New York. Barbara grew up in Huntington, Long Island where she enjoyed horse back riding and Cold Spring Harbor. She graduated from Huntington High School and earned her B.F.A. at the Syracuse University School of Art. Barbara also took courses at the Rhode Island School of Design. In the New Haven area, Barbara initially balanced her time between working as an artist, at Cutlers Record Shop, Whitlock’s Book Store, and being a new mother. Later, Barbara became a kitchen and bathroom designer, earned her CKD certification, and worked for several area design companies including Raymar and Common Vision. Barbara also worked as a case assistant with Connecticut Community Care.

A talented artist and singer, Barbara loved art, dance, music, and theater. She greatly appreciated the New Haven, Hartford, Boston, and New York areas for their arts. Barbara was a member of local folk music groups, participated in Scottish contra dance, and loved to sing and to write music. Barbara was deeply religious and very active within Saints Aedan and Brendan Parish in New Haven.

She is survived by her husband William, daughter Katherine Morrissey, sister Kathleen Blanchard, and brother Pierre Blanchard, as well as her half-siblings Lisa Blanchard Pattenden, Joseph Blanchard, and Tim Blanchard.

Friends are invited to attend her Mass of Christian Burial to be celebrated at 9:00 A.M., Saturday June 13, 2020, at Saints Aedan and Brendan Parish, 112 Fountain St., New Haven, CT. Following Mass, interment will take place at Evergreen Cemetery, New Haven, CT. Arrangements are in care of Beecher & Bennett Funeral Home, 2300 Whitney Ave, Hamden, CT. In lieu of flowers, Barbara requested that donations be made to the Connecticut Food Bank or Connecticut Community Care.