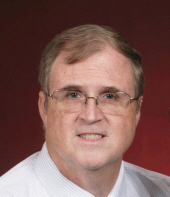 Barry Wayne Kiesinger, 60, loving husband of Mary (Dwyer) Kiesinger of Washington Ave. West Haven, passed away in Yale New Haven Hospital Nov. 29, 2012. He was born in Pittston PA Oct. 26, 1952 a son of John Kiesinger of Johnson City, NY and the late Lois (VanDuzer) Kiesinger and had resided in Virginia and New York before moving to West Haven in 1978. Mr. Kiesinger served in the US Army and was employed as a computer consultant with MBI Solutions. He was an active member of the First & Wesley United Methodist Church, serving faithfully as a trustee for many years and a member of the American Legion Post # 71. Barry, an avid camper and was Scoutmaster for Boy Scout Troop # 210 for many years and later an Assistant Scoutmaster for Troop # 16. In addition to his wife Mary, he is survived by his children, Michael Kiesinger & his wife Michelle of Dillsburg, PA, Karl Kiesinger & his wife Liz of Hamden and Lisa Kiesinger of West Haven. Brother of Lonnie Kiesinger of Johnson City, NY and Nancy Houck and her husband Jeff of Tully, NY. He is also survived by his beloved grand dog Charlie. Funeral from the BEECHER & BENNETT - TAYLOR FUNERAL HOME, 410 Campbell Ave., West Haven at 11:00 a.m. Saturday, December 1, 2012, followed by his Celebration of Life in the First & Wesley United Methodist Church, 89 Center St., West Haven at 12 Noon. Friends may also visit with his family Friday from 6-9 p.m. at the funeral home. Interment will be private. Memorial contributions may be sent to the Yale New Haven Hospital, Smilow Cancer Hospital, c/o Office of Development, P.O. Box 1849, New Haven, CT 06508.