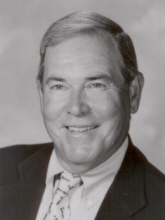 Benjamin Alton (Al) Gorman, Jr. of Hamden passed away peacefully on August 2, 2016 at Connecticut Hospice after a 33 month battle with Glioblastoma maxiforme. He was born in Derby, CT on October 14, 1943 to the late Benjamin Gorman and Margaret Kalasinsky Gorman. Al is survived by his wife of 49 years, Betsy and his sons Ben of Boston, MA and Sean (Cami) of Cheshire, CT and an adored grandson, Eric of Cheshire. A man who thought deeply and acted wisely, his was a life well-lived. Al and Betsy met on the first day of college in 1961 and went through life hand-in-hand from that day forward with shared goals and values. Al graduated from Notre Dame High ol, Providence College (BA) and SCSC (MA, 6th year certificate). In 1966 he was awarded a U Fellowship to study at Exeter College, Oxford University. He was a founding Fellow oft' 'ale NH Teachers' Institute ay Yale University and remained involved for 15 years until his retirement. The Institute continues to flourish. Al taught History, social studies and geography at Fair Haven Middle School in New Haven for 35 years. The Hamden Historical Society sought his membership in 1975. This event marked the beginning of his civic participation and leadership. In the following years he served as Boy Scout Troop 604 committee chair, Hamden Arts Commission chair, Hamden Historical Society President (1998-2016), Friends of Brooksvale Board of Directors, Hamden Historic Properties Commission member, Recycling Commission member, Hamden Housing Partnership member, 9th District Democratic Town Committee member, and served on both the Town and School Building Committees. He organized the Farmington Canal Museum at Lock 14. First elected to serve as Councilman-at-Large on Hamden's Legislative Council in 1994, he continued to serve until recently. He was elected by his peers on the Council to serve as president of that body from 2005-2009. His was always a moderated voice for his constituents. While teaching, Al was recognized for distinguished school service with a T.A.P.S Award. In 1996 he was given the Hamden Notable Award. Later he was given a Paul Harris Award from the Hamden Rotary Club, the P.L.A.C.E. Dedication to Service Award in 2013 and the Hamden Chamber of Commerce Chamber Choice Award in 2014. He was the editor of one book (Hamden Our Architectural Heritage in 1986) and co-author of two (Images of Hamden in 2004 and Hamden Revisited in 2014). Al's family is grateful to the dedicated caregivers ( Troy, Kim, Nicole and Brenda) who took such fine care of Al at home during the last 7 months. Those who wish to remember Al with an enduring gift may make a donation to the Hamden Historical Society PO Box 5512 Hamden, CT 06518.