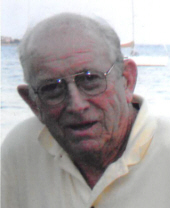 Bernard James Callahan, 88, of Branford, passed away on December 13, 2015 at YNHH. Born in New Haven on July 26, 1927 to the late Bernard and Mary Cassidy Callahan. Bernard was married for 51 years to the late Sally Swainson Callahan. He is survived by his son, Christopher Callahan & his wife Susan of Wallingford; daughter, Sarah Tiffany & her husband David of Branford; granddaughter, Jessica Quinlan & her husband Jay of Meriden; great-granddaughter, Olivia. Bernard lived most of his life in Hamden before living in Wallingford and then most recently in Branford. He proudly served his country in the US Army and US Navy. Bernard was a drummer for the American Legion Drum/Bugle Corp., played hockey for Hamden High, and was an active life member of the Knights of Columbus. In his youth he worked as a laborer for the town of Hamden and went on to work for Plastercrete, Blakslee, and Unistress as an operating engineer. He was also a member of the operating engineer union. Many summers were spent at his family cottage in Branford, he enjoyed traveling with his wife to Cape Cod, St. Martin, and Florida. His family would like to thank the staff of Yale Emergency Room and the cardiac ICU team and especially the caring nurses, doctors, and respiratory therapists for their hard work and dedication to their father. Funeral from BEECHER & BENNETT, 2300 Whitney Ave, Hamden on Thursday, December 17th at 9:00 a.m. followed by a Mass of Christian Burial in St. Rita's Church at 9:30 a.m. Burial with Military Honors in St. Mary's Cemetery. Friends are also invited to visit with his family on Wednesday evening from 4:00 to 7:00 p.m. at the funeral home. Contributions in Bernard's memory may be sent to the Knights of Columbus Charities Inc., 1 Columbus Plaza, P.O. Box 1966, New Haven, CT 06509-1966 or www.kofc.org or the Humane Society of your choice.