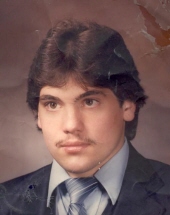 Bernard John 'Bernie' Fitch Jr. passed away Jan. 5, 2010 at St. Raphael Hospital. Bernie is survived by his mother Frances Salvati Fitch, his sister Kelly M. Fitch & his niece Erin Fitch all who resided with him on George Street in Hamden. Bernie was born in New Haven on Oct. 2, 1966. He was predeceased by his father, Bernard J. Fitch, Sr., his maternal grandparents, Frank & Mary Salvati and his paternal grandparents John & Blanche Fitch. Bernie was a cook working at several local restaurants at different times. His family would like to thank Dr. Mark Hotchkiss & his nurses, Barbara, Sally & Diane for his dialysis treatments and the nurses at St. Raphael Hospital Critical Care Unit 3rd Floor for their special care. His funeral will leave from BEECHER & BENNETT FUNERAL HOME, 2300 Whitney Ave. Hamden on Friday Jan, 8th, at 8:30 AM, followed by a Mass of Christian Burial at 9:00 AM in St. Rita Church, 1620 Whitney Ave. Interment will take place in Beaverdale Memorial Park. Friends may also visit with his family at the funeral home on Thursday from 4:00 to 8:00 pm.