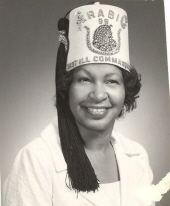 MERIDEN - Bernice D. Oliver, 88, of 53 Ridgefield Avenue, died Saturday, Nov. 25, 2006 at her residence. She was the wife of the late Howard C. Oliver. Born in Westmoreland County, VA on Jan. 7, 1918, she was the daughter of the late Isaac and Deanner Johnson Dickerson. She had been self-employed as a dressmaker and seamstress. She was a past commandress of the Daughters of IASIS and was a member of the Women's Auxilliary of Meriden-Wallingford Hospital. She was a member of First United Methodist Church. She is survived by her twin sister, Marjorie D. Charity of Jessup, MD; another sister, Cleo Mitchell and her husband, James of Stamford; a brother, Olga Dickerson and his wife, Virginia of Colonial Beach, VA; a dear friend and "sister", Betty Timm of Meriden; and a host of nieces and nephews. The funeral will be held Friday, Dec. l, at 11 a.m. at the Beecher and Bennett Flatow Funeral Home, 48 Cook Ave., Meriden. Burial will follow in the State Veterans Cemetery in Middletown. Relatives and friends may call from 10 to 11 a.m. prior to the service. If desired, contributions in Mrs. Oliver's memory may be made to the American Cancer Society, 538 Preston Ave., P.O. Box 1004, Meriden, CT 06450, or to the First United Methodist Church, 159 East Main St., Meriden, CT 06450.