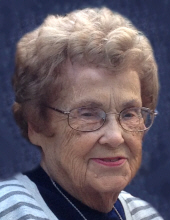 Beverly Ann Falco, 89, wife of the late Louis Falco, passed away peacefully on June 3, 2018, at her home in North Haven surrounded by her loving family. Beverly was born in Corning, IA on January 21, 1929 to the late Henry and Dora Lesher Foes. Beverly will be remembered by her son and daughter-in-law, Jeff and Laurie Falco of North Haven; grandchildren, Jamie Donohue and Troy Falco; and niece Donna Hanna. She was predeceased by her son, Bruce Falco, and her brother, Donald Foes. Beverly grew up in Iowa and after college spent time in New York City, where she worked as a model, and met her husband. They later settled in Woodbridge, where they resided for over 50 years. She was the Presidential Secretary for Laticrete International and Yale University, and a former member of the Woodbridge Club. When Beverly wasn't working or tending to her family, she enjoyed shopping, reading, and the theatre. Her greatest loves were her grandchildren, watching them grow and partake in different activities. Friends are invited to visit with her family on Friday, June 8th, from 9:00 a.m. to 10:00 a.m. at BEECHER & BENNETT, 2300 Whitney Ave., Hamden followed by a service in the funeral home at 10:00 a.m. Burial will take place in Beaverdale Memorial Park. Contributions in Beverly's memory may be sent to First Church of Christ of Woodbridge, 5 Meetinghouse Lane, Woodbridge, CT 06525.