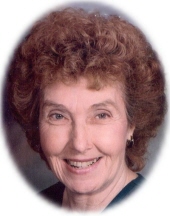 Beverly A. Galinot of Beverly Hills, Florida, passed away on March 26, 2008 in Iverness, Florida. Mrs. Galinot was born September 14, 1930 in Saratoga Springs, New York, to the late Gilbert and Wilhemina Helwig McMillian. In addition to her parents, she was predeceased in death by her husband of 57 years, Alfred A. Galinot, Sr. and her brother, Gilbert McMillian. Mrs. Galinot was a former administrative assistant at Yale University. Mrs. Galinot attended Zion Lutheran Church. She loved her family, children and grandchild. Her loving smile and laughter touched not only the hearts of her family, but also the hearts of those who came to know her. Survivors include her three children: Alfred A. Galinot, Jr. and his wife Cathy of Aurora, CO, her daughters; Laurie Galinot of Fredericksburg, VA and Lisa Kerrigan of Wallingford, CT, four brothers: David, Arthur, William and Lorren McMillian, one grandchild, Melissa Kerrigan and numerous nieces, nephews and cousins. A Memorial Service will be held Friday, April 4, 2008 at 11 AM at Zion Lutheran Church, 235 Pond Hill Rd., Wallingford. Entombment in Beaverdale Memorial Park Mausoleum will be Private. Contributions in her memory may be made to: Paralyzed Veterans of America, 801 Eighteenth St., NW, Washington, DC 20006-3517 or to the Diabetes Association, 306 Industrial Park Rd., Ste. 105, Middletown, CT 06457. Arrangements are in care of BEECHER & BENNETT, 2300 Whitney Ave., Hamden.