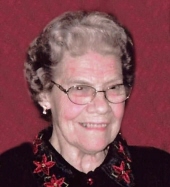 Beverly Louise Hall, age 96, wife of the late Wilfred Hall Jr., passed away on Saturday, February 11, 2017 at Masonicare in Wallingford. She was born on December 1, 1920 to the late Frank and Bessie Indorf. Beverly is survived by her children; Karen Crolius of Wallingford, and William Hall and his wife Carlena of Athens, VT, and her grandchildren; Susan Crolius Edmonds of Meriden, and Todd Crolius and his wife Leslie of Old Lyme. She is also survived by her great-grandchildren Noah and Caroline-Grace Crolius, and Tyler Edmonds. She is predeceased by her brothers, Frank and Donald Indorf. After graduating from nursing school, Beverly went on to work as a registered nurse at The Curtis Home in Meriden. She was also a past member of St. Andrew's Episcopal Church. In her free time she enjoyed gardening with her husband Bill, but most of all loved spending time with her family. Services will be privately held at a later date. Arrangements are in care of BEECHER & BENNETT-FLATOW FUNERAL HOME, 48 Cook Ave. Meriden. Donations in her name may be made to the Masonic Charity Foundation, P.O. Box 70 Wallingford, CT 06492