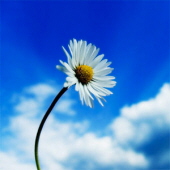 Blanche (Joan) Davis, 75, passed away on Saturday, March 15, 2014 at Village Green of Wallingford. Born May 15, 1938 in Valhalla, NY a daughter of the late Fannie Mae Davidson. Blanche lived in Meriden for 10 years and had worked for New York Telephone for more than 30 years before retiring. She is survived by a daughter, Samona Banks; six grandchildren, Lakisha Davis, Kenneth Davis, Leah Banks-Granger, Christopher Banks, Maxine Douglas and James Bonilla, eight great-grandchildren and three sisters; Lillie Rasheed, Phyllis Weaver and Minerva Davis . She was predeceased by a daughter Sandra Davis and a son Otis Davis. A Funeral Service will be held on Saturday, March 22nd at 12noon at the Beecher & Bennett-Flatow Funeral Home 48 Cook Ave., Meriden. Burial will be at the convenience of the family. Relatives and friends may visit at the funeral home on Saturday from 10am-12noon (prior to the service). The family of the late Blanche Joan Davis acknowledged with sincere sympathy the comforting messages and other expressions of kindness during this time of bereavement. May God bless and keep you.