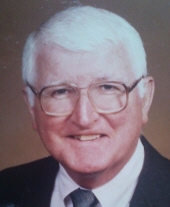 Brian Shane Murdock, former longtime resident of Greenwich, CT, passed away on August 18, 2015 in Yale New Haven Hospital as a result of a stroke. Mr. Murdock was 88 years old, born in Meriden, CT, on February 6th, 1927. He was the son of the late Dr. Thomas Murdock and Alice Keating, and the brother of the late Thomas Keating Murdock. He was married for fifty-nine years to the love of his life, Sheila Walsh Murdock, originally from Davenport, Iowa. He graduated from Meriden High School in 1944, and later received a Bachelor of Arts degree in 1949 at Yale University, majoring in English, magna cum laude and Phi Beta Kappa. In 1952 he obtained an LLD degree from Harvard Law School. He also served his country at the end of World War II and was stationed at an army base in Georgia. He began his professional career at the law firm of Whitman, Ransom and Coulson, in New York City and later joined the Remington Division of the Sperry Rand Corporation. He went on to become worldwide counsel for Duracell Corporation. He worked in private practice in White Plains, NY and Greenwich, CT for the remainder of his career. Known and admired for his exceptional intelligence and deep kindness, Mr. Murdock had a sense of justice that was both innate and honed by his legal training. His character represented wisdom that was admired by all who knew and loved him. He was a patient and loving father who also knew how to laugh. Mr. Murdock participated actively in his community, acting as member of the Founders Council of St. Michael's Church on North Street, as well as a trustee of Greenwich Academy. He was also on the board of Sunny Hill Children's Center in Greenwich, and a former member of the Yale Club of New York City. In addition to his wife, he is survived and will be greatly missed by 8 children, Sheila Phelan, Sarah, Betsy Kirk (Ken), Ian (Cha), Patrick (Sonia), Bruce (Anne), Brian, and Rosemary Cox (Leslie), and his 8 grandchildren, Kevin Phelan, Kate Kirk, Danny Kirk, Ana Murdock, Clara Murdock, Ali Murdock, Amanda Grace Cox, and Leslie Patrick Cox. His funeral will be private. In lieu of flowers contributions in Brian's memory may be made to the Neuro ICU of Yale-New Haven Hospital, Office of Development, PO Box 1849, New Haven, CT 06508. Arrangements are in care of BEECHER & BENNETT FUNERAL HOME, 2300 Whitney Ave., Hamden. CT.