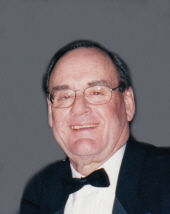 Bruce Covert Guthrie, 73, husband of 48 years to Dale Ehlinger Guthrie of North Haven, passed away at his home surrounded by his family on June 25, 2013. Father of Susan (David) Duncan of So.Norwalk, Robert (Jennifer) Guthrie of Phoenix, AZ; grandfather of Kate and Will Guthrie of Phoenix, AZ. Predeceased by brothers, Charles Guthrie and William Woodward Guthrie Jr. He was born in New Haven on January 18, 1940 a son of the late William W. and Janis Peix Guthrie Sr. and graduated from Hamden H.S. in 1957 and Quinnipiac College in 1964. Bruce was a long time employee of Readers Digest as a sales director working in Rochester, N.Y.C., Detroit, Los Angeles, returning to North Haven in 1987 prior to retiring in 1995. He was a member of the New Haven Country Club since 1987 and served as Club President in 1999. He also was a member of the Brooklawn C.C., Wallingford C.C. and Lake Wales C.C. in FL. In addition he was a board member of the CT State Golf Assoc. since 1996 and was President in 2004, a member of the U.S.G.A. serving on the Regional Affairs Committee since 1998, and he was a member of the New England Golf Assoc. since 1998 and was President in 2009-2010. His retirement years were greatly enriched by his participation in these associations and by his great love of the game of golf. The Guthrie family would like to extend their gratitude to the caring staff of the Smilow Cancer Center and the home Hospice nurses for their compassionate care. Relatives and friends are invited to attend a Celebration of Bruce's Life to be held at the New Haven Country Club, on Thursday, July 11, 2013 at 11:30 AM, followed by a reception. Please bring a favorite memory of Bruce to share. Arrangements in care of BEECHER & BENNETT, 2300 WHITNEY AVE, HAMDEN. Contributions in his memory are asked to be sent to the 'First Tee of Connecticut', 55 Golf Club Rd, Cromwell, CT 06416 or www.thefirstteeconnecticutorg.