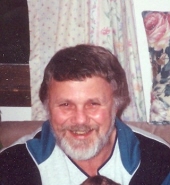 Meriden - Bruce L. Allen, 62 peacefully entered into the arms of our Lord on Tuesday, August 31, 2010 at Connecticut Hospice in Branford after a lengthy illness. He was born January 14, 1948 in Meriden a son of the late William I. and Kathryn (Harris) Allen Sr. He proudly served his country in the Army during the Vietnam War. Bruce worked for Ulbrich Stainless Steel and Special Metals in Wallingford for 36 years, retiring in 2008. He was an avid New York Yankees fan all his life. He was also very fond of the UCONN women's basketball team. He loved a good game of cribbage, he also bowled and played softball in Meriden and Wallingford for many years. He is survived by his loving family, a sister-in-law, Barbara Allen of Meriden, a nephew, Scott Allen of Waterbury, two nieces and their husbands, Dianna and Louis Villa of Durham and Cindy and Joe Dyrek of Meriden, five great-nieces and nephews; Patrick, Kevin and Kaitlyn Dyrek, Joshua Villa and Matthew Allen as well as many dear and close friends. He was predeceased by a sister, Patricia M. Allen and a brother William I. Allen Jr. Bruce touched the lives of many and will be sadly missed by all who knew and loved him. A mass of Christian burial will be celebrated on Saturday, September 4, 2010 at 9:30 am at St. Joseph Church, West Main St., Meriden. Burial with full military honors will follow in Connecticut State Veteran's Cemetery, Bow Lane, Middletown. Relatives and friends may call at the Beecher & Bennett-Flatow Funeral Home, 48 Cook Ave., Meriden on Friday, Sept. 3 from 5-7pm. In lieu of flowers contributions in Bruce's memory may be made to Ulbrich Boys & Girls Club, 72 Grand St. Wallingford, CT 06492.