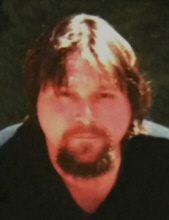 Bruce Stanley Elliott Jr., 51, of Meriden passed away at his home on Friday May 6, 2016. He was born in Meriden on June 28, 1964. After high school he went on to work for Allegheny-Ludlum Corp. where he worked for 20 years. He is survived by his children; Stephanie and Anthony Elliott, his parents; Bruce and Deborah Fede Elliott, brothers; James and Richard Elliott, and sister Donna Robles. Friends are invited to visit with Bruce's family on Friday May 13 from 5-7pm in the Beecher & Bennett-Flatow Funeral Home, 48 Cook Ave. Meriden.