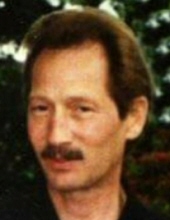 Bruce Swett, 73, of East Haven, passed away May 10, 2020 at Skyview Center in Wallingford after a brief illness. Bruce was born in Providence, RI on May 9, 1947, a son of the late Alfred & Rita (Hood) Swett-Murphy. Bruce was predeceased by his wife Karen (Farrazza) Swett; sisters Cynthia Simone, Pamela Abbott, Sandra Bates & Marsha Geauvane; and brother Jeffrey Swett. He is survived by his son Stephen (Vera) Swett of West Haven; grandsons Tyler, Dylan & Christian; sisters Alicia Laudano & Linda Goodrow; brother Carl Swett; and several nieces & nephews. The majority of Bruce’s career was in the grocery industry, specifically managing deli departments for Pegnataro’s & Grand Union stores along the CT coast. A longtime resident of East Haven, Bruce took great pleasure in hosting numerous family gatherings at his home, all of which were well attended and great fun. A man with a heart as large as his smile, every family member has a warm, fun, or silly Bruce Story. He was also a family anchor who could be as serious as he could be lighthearted, and will be missed by all.
Funeral Service was private. Arrangements were in care of BEECHER & BENNETT FUNERAL HOME.