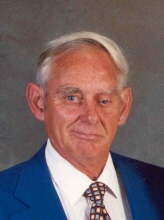 Bruce Welter, Sr., 74, of Hamden, loving husband of Eileen Carlson Welter for 51 years, died on April 5, 2008. Bruce was born in New Haven on December 17, 1933. He was the son of the late Robert and Emma Dujardin Welter. He is survived by his loving wife, Eileen, his daughter Ellen Welter Wright and her husband Theodore of Cheshire, as well as his son Bruce Welter, Jr. of Hamden. He is also survived by his 7 loving grandchildren. In addition he leaves his sister Emma Welter Badali of Utah and brother Ralph Welter of Meriden. He was predeceased by sisters Lillian Welter Strickland, and Dorothea Welter Edmonds, and brothers, Robert Welter, Daniel Welter, and John Welter. Bruce is survived by many nieces and nephews. Bruce was a US Army veteran. He graduated from Norwalk Community College in 1980 with an A.S. in engineering. He was employed by Genovese Engineering as well as several other firms. He was a long time member of the West Haven Elks. He was honored as Elk of the Year in 1988. In earlier years Bruce enjoyed coaching and being the Vice President of the Hamden Fathers Football Association. He also coached Hamden Youth Baseball. He was an avid gardener for many years and loved to share his harvest with many. Funeral service Thurs., April 10 at 11 a.m. at BEECHER & BENNETT, 2300 Whitney Ave., Hamden. Friends may call Thurs. from 9 - 11 a.m. Interment in Beaverdale Memorial Park. In lieu of flowers, contributions may be made to the National Kidney Foundation, 30 East 33rd St., New York, NY 10016 in Bruce's memory for renal disease research.