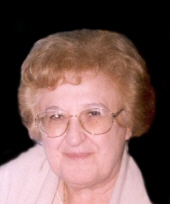 C. Arline Greco passed away on Sunday, July 25, 2010, after a courageous battle with ovarian cancer. For the past year she resided at 1450 Whitney Ave., Hamden and formerly lived at 58 Webb St., Hamden. Arline was predeceased by her parents, Nicholas and Lucy Marro Greco and her brother-in-law, Joseph Parcella as well as numerous aunts, uncles and cousins. She was born on June 8, 1928, in New Haven and was employed in various office positions at Snow & Nabsted, Lomas & Nettleton and Southern New England Telephone Co., from which she retired in 1990. She enjoyed crossword puzzles, going to Foxwoods and was an ardent UConn Womens Basketball fan from 1993. Arline is survived by her sister, Marie Parcella with whom she resided with for many years, her godson, James Blackie Jr., many cousins including Louise Apicella, Carol Julianelle, Kathleen Beisel, and her almost in-laws, Mary and Richard Parcella and several dear friends, Roberta Rolando and Joanne & Paul Motyl. Her family wishes to extend sincere thanks to her physicians, staff at the Hamden Hemotology & Oncology and the Hospital of St. Raphael for their loving care and support during the past four years. Friends are invited to attend a Mass of Christian Burial to be celebrated on Wednesday at 11:00 in St Stephen's Church, 400 Ridge Rd., Hamden, followed by burial at St. Lawrence Cemetery, West Haven.There will be no calling hours. In lieu of flowers memorial contributions may be made to St. Stephen's School, 400 Ridge Rd., Hamden, Ct. 06517. Arrangements in care of BEECHER & BENNETT FUNERAL HOME, 2300 Whitney Ave. Hamden.