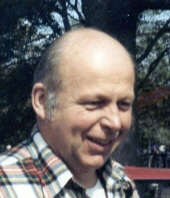 Gamble, C. Willard C. Willard Gamble, 84, of Woodbridge, husband of the late Florence Ryon Gamble passed away Dec. 12, 2008 in the Hospital of St. Raphael after a brief illness. He was born in Watertown, NY, Oct. 24, 1924 son of the late C. Wesley and Frances Harmon Gamble and resided in Woodbridge since 1955. Mr. Gamble attended Yale University then left Yale to serve in the US Navy on PT boats during WW II. He later returned to Yale and graduated in 1949 with a BS degree in civil engineering. He worked in engineering and industrial sales. His hobbies included architecture and one of his accomplishments was to design the family country cottage in the Catskills, he enjoyed vegetable gardening and canning from the garden and he enjoyed playing bridge. Among the memories of his children are of their dad tying up their skates and waxing their skis and helping them pile up snow to build igloos. He is survived by daughters, Karen Gamble of Amenia, NY, Sara Marcheggiani of Camp Springs, MD, Laurel Langford of Lusby, MD and C. Wesley Gamble of Woodbridge with whom he resided. Also survived by grandchildren, Cassie Marcheggiani- Howard, Chrissie Marcheggiani, Keith E. Langford, Adam C. Langford, Melissa A. Langford and Jennifer S. Langford and great-grandchildren, Brandon and Jazmyne. Friends and relatives are invited to attend a service on Monday, Dec. 14 at 1 p.m. in Milfordside Cemetery, Racebrook Rd., Woodbridge. In lieu of flowers contributions may be made in his memory to the Father Michael J. McGivney Center for Cancer Care, Hospital of St. Raphael, 1450 Chapel St., New Haven, CT 06511.Arrangements in care of BEECHER & BENNETT-TAYLOR FUNERAL HOME, 410 Campbell Ave.., West Haven.