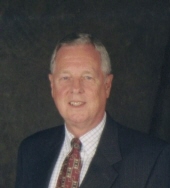 Capt. Klementz is a native of Orange, Connecticut. Upon graduation from the United States Merchant Marine Academy in August 1959 he received a Bachelor of Science Degree, a license as a Third Assistant Engineer, U.S. Merchant Marine, and was commissioned Ensign, U.S. Navy. Commencing his Naval service aboard USS GLACIER (AGB-4), Capt. Klementz served as Electronics Material Officer and Operations Division Officer. In 1961 he was assigned to the Staff, Commander Amphibious Squadron SIX as Staff Intelligence Officer and Assistant Material Officer until 1962, when he was enrolled in the Destroyer Officer Course, Naval Destroyer School. After graduation from Destroyer School in 1963 he served in USS MACDONOUGH (DLG-8) as Engineer Officer until his transfer in 1965 to the Naval Postgraduate School, Monterey, California. Upon completion of the Postgraduate School Ordinance Engineering Curriculum in 1968, Capt. Klementz received a Bachelor of Science Degree in Electrical Engineering and was ordered to USS STERETT (DLG-31); via TERRIER Missile Systems School at Naval School Command, Mare Island, California and NTDS Evaluator School, Fleet Anti-Air Warfare Training Center, San Diego, California. He served as Weapons Officer in STERETT until he was transferred to the Naval Underwater Systems Center (NUSC), Newport, Rhode Island, where he served as a Project Officer from 1970 to 1973. As NUSC Capt. Klementz worked in the MK48 M0D 0/2 Torpedo Project during the competitive 'Run-off' with the M0D 1 variant. After final selection he became Project Officer for Advanced Underwater Range Development and Operations, which included the AUTEC Range operation. While at NUSC he completed the requirements for and received the degree of Master of Public Administration (major in Management) from the University of Rhode Island. From 1973 to 1975 Capt. Klementz served as Executive Officer, USS RIGEL (AF-58). Subsequent to his tour in RIGEL he reported to the Naval Sea Systems Command (NAVYSEASYSCOM) where he was assigned as Director, Industrial Maintenance Management Division. In that position he was responsible for planning, budgeting, and execution of electrical and ordnance equipments and systems. In 1978 he reported to the Joint Cruise Missiles Project Office (JCMPO) where he served as Sea Launched Cruise Missile Deputy Program Manager for Mission Support and Analysis until his assignment as Project Manager for Surface Launched TOMAHAWK Cruise Missiles in 1980, a major shore command program manager billet. On 1 October 1983 Capt. Klementz would report to the Office of Naval Research to serve as Program Manager for Surface Warfare Programs. Capt. Klementz's awards include the Navy Commendation Medal with 'V' for service in STERETT (1970); NUSC Outstanding Military Award for Project Engineering (1971); Navy Commendation Medal for service with NAVSEASYSCOM (1978); and Navy Unit Commendation with Gold Star for service in GLACIER and STERETT. He is a designated Weapons System Acquisition Manager (WWI) and has an 8061Q subspecialty code (Material Support - Weapons Systems Engineering). He and his wife Barbara were married for 56 years. They have 2 daughters, Lauren K. Harte of CA & Holly K. Scott of SC; their son David Klementz of AL; his sister Linda K. Arbesman of FL and blessed with 6 grandchildren. Friends are invited to attend his Masonic Graveside Service and Military Honors on Saturday, Jan. 24th at 10:30 AM in Evergreen Cemetery, 679 Ella Grasso Blvd, New Haven. Contributions in Capt. Klementz memory may be made to the Lynn House, 4400 W. Braddock Rd, Alexandria, VA 22304. For more information on Capt. Klement's career or to send a condolence to his family please see www.beecherandbennett. In lieu of flowers, please send tributes to Bob to the Lynn House, who gave him such loving care, at 4400 W. Braddock Rd., Alexandria, VA 22304.