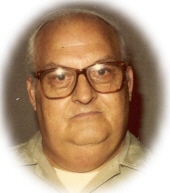 Carl W. Rademacher, 70, formerly of New Haven passed away August 27, 2005 after a brief illness. He was born in New Haven, Jan. 22, 1935 a son of the late Albert and Martha Manemeit Rademacher and resided in East Haven before moving to Bella Vista in 1995. He was a hairdresser and later was employed at the Colony Inn for 20 years before retirement in 1996. He was a member of the Trinity Lutheran Church Mr. Rademacher is survived by his sister in law, Jean Rademacher Benoit of Meriden, 4 nieces, Donna Kazmercyk of Branford, Bonnie Rademacher-Flis of Killingworth, Lisa Brooks of North Haven, Jennifer Wilcock of Guilford, and 5 grandnieces. He was predeceased by a brother Albert F. Rademacher. Funeral service will be Wednesday August 31, at 11 am at BEECHER & BENNETT 2300 WHITNEY AVE. HAMDEN. Friends may call prior to the service from 10- 11 a.m. Burial in Beaverdale Memorial Park.