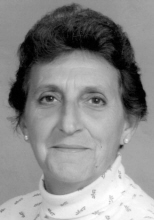 Meriden - Carmel Yacur, 80, formerly of 8 Artizan St., died Tuesday, August 16, 2005 at the Westfield Care and Rehab Center. She was the wife of the late John Yacur. She was born in Meriden, July 4, 1925 a daughter of the late Joseph and Lucrecia Borgia Chiaro. She had worked making hand molded chocolate at the Thompson Candy Company and later she worked in housekeeping at the Napier Company. She had also been a volunteer at the Veterans Memorial Hospital. Carmel was a parishoner of St. Rose of Lima Church. She is survived by a sister, Julia Linares of Portland, CT, two nieces, Lucinda Perry of Meriden, Donna Brown of Portland, six nephews, Karl Chiaro of Meriden, Michael Chiaro of Vernon, Hank Simmons of Southington, Paul Linares, Ronald Linares and Wayne Linares all of Middletown, two sisters-in-law, Jeanne Chiaro of Plainville, Helene Podgorski of Meriden and several grand nieces and nephews. She was predeceased by two sisters, Josephine Simmons, Grace Chiaro and a brother, Rocco Chiaro. A graveside funeral service will be held Saturday, August 20, at 10 a.m. at Sacred Heart Cemetery. Friends may call Friday, August 19 from 5 to 7 p.m. at the Beecher & Bennett- Flatow Funeral Home, 48 Cook Ave., Meriden.