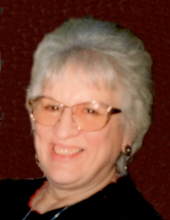 Carmela Marie Matarazzo, age 86, of Southington passed away peacefully at her home on October 7, 2018. Born in Plainville CT on April 5, 1932, she was a daughter of the late Pasquale & Genevieve (Ferraro) Pellecchia. Carmela was the widow of Louis M. Matarazzo. A former resident of Plainville and New Britain, she lived most of her life in Southington and Westbrook. She along with her husband owned and operated Lou's Package Store in Westbrook and she also worked along with her husband and his family at the former Country Restaurant in Southington for many years. Carmela was the mother of Darlene Folcik and her husband John of Southington, Valerie Matarazzo with whom she resided, and the late Frank L. Matarazzo; grandmother of Desiree Coyle & her husband Sean, Craig Folcik, Gianna Lanza, Marissa & Anthony Matarazzo. She was predeceased by all her siblings, Angelina Seipel, Emma Bonney, Anne Garrett, Florence Agoglia, Raphael, Joseph, Smitty, Nunzio Louis, & Albert Pellecchia. Carmela was known for her contagious laugh, her cooking, and her love for family. Her visitation will be on Thursday, October 11th from 6:00 to 8:00 pm, at DellaVecchia Funeral Home, 211 No. Main St, Southington. Her funeral will be held Friday, October 12th, at 10:00 AM from the funeral home followed by her Mass of Christian Burial, to be celebrated at 11:30 AM in St Dominic's Church, 1050 Flanders Rd. Burial will take place in St Thomas Cemetery. Contributions in Carmela's memory may be made to the Alzheimer's Association, 200 Executive Blvd, Southington, CT 06489.