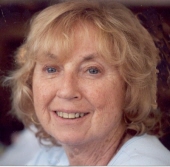 On September 17, 2011, Carol Ann Santamauro, of Hamden, entered into eternal rest. She was born in Cambridge, MA on September 22, 1929 to the late Paul V. and Mary Ruth Hale Cochrane. Carol was a dedicated teacher for the New Haven Public School System for 33 years. She devoted her life to her four daughters and five grandchildren; Cindy (Chris) Rizzutto, Wendy (Mark) Santamauro, Victoria (Frank) Simiola, and Kerry (Robert) Law; grandchildren, Brendan, Nicholas, Brian, Alexandra, and Harrison; sisters, Janet Barrows, Patricia Lawes, and Romily Cofrancesco. Besides her parents she was predeceased by her husband, Anthony Santamauro, her sister, Shelia Cochrane and her brother, Paul V. Cochrane. A very special thank you to Halina for caring for Carol like her mother and to Dora who also cared greatly for Carol. Her family would also like to express their deepest appreciation to Dr. Charles DiSabatino, the staff at Hospice, especially; Elizabeth, Christina, Sarah, and Kathy. A Mass of Christian Burial will be celebrated at Our Lady of Mount Carmel Church on Tuesday, September 20th at 10:00 a.m. followed by interment in Centerville Cemetery. BEECHER & BENENTT, 2300 Whitney Ave, Hamden in care of arrangements. In lieu of flowers contributions in Carol's memory may be sent to CT Hospice, 100 Double Beach Rd., Branford, CT 06405.