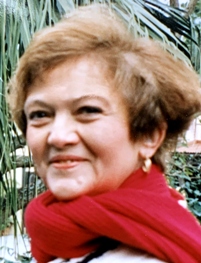 Carol Ann Ziegler of Hamden, daughter of the late Emil and Edna Frohlich Leiss, was born in Valley Stream, New York. She passed away peacefully at Connecticut Hospice in Branford on January 24, 2022, her 84th birthday. Carol grew up in Ridgewood, New Jersey, graduated from Ridgewood High School in 1956 and received a BS degree in Education from Fairleigh Dickinson University in 1960. She spent summers as a child in Honesdale, Pennsylvania with her cousins William, Robert, Peter, Gary and Phillip Leiss.
On the second day of college, she introduced herself to Fred Ziegler on the campus of Fairleigh Dickinson and the rest, as they say, was history. They enjoyed 65 wonderful years together, 59 in marriage, living in New Jersey, Massachusetts, and finally settling in Connecticut to raise their family.
Carol taught 5th grade for five years in Fort Lee, NJ and Saugus, MA. She worked in the Dean’s Office at the Yale School of Forestry and Environmental Studies for 19 years and retired when her first grandchild was born.
Over the years, Carol’s commitment to helping others defined her character. She was a member of both the Junior Women’s Club of Hamden and Quota International of New Haven, and she was also a Girl Scout troop leader. She volunteered at Yale-New Haven Hospital, where she cuddled babies born with addiction, drove patients for cancer treatment and provided respite care for families of Alzheimer’s patients.
Carol had an artistic eye and loved to dress her best. She was passionate about arts and crafts and enjoyed chair caning, decoupage, embroidery, quilting and especially interior decorating. Some of her most cherished activities were playing mah-jongg with close friends, entertaining at home and being an indulgent grandmother (Mema) to her three grandchildren.
Those who knew Carol were touched by her kindness, humor and generosity. A newcomer to our extended family remarked at our annual July 4th reunion, “a thoughtful, engaging, inclusive Carol warmly welcomed a newcomer…”
Carol is predeceased by her sister, Linda Taylor, and brother-in-law, John Ziegler. She is survived by her beloved husband, Fred; daughters, Eileen Ziegler of North Haven and Meredith (Keith) Phipps of Wallingford; and her adoring grandchildren, Kaitlyn and Christopher Koch and Evan Ziegler. Carol also leaves four nephews, Scott Quayle of Elizabeth, CO, John Ziegler of Westbrook, ME, Daniel Ziegler of Union Hall, VA, and Kenneth Ziegler of New York City; and her sister-in-law Monica Ziegler of Union Hall, VA.
Friends may visit with the family at BEECHER & BENNETT FUNERAL HOME, 2300 Whitney Ave., Hamden on Friday, January 28th from 4:00 to 7:00 p.m. Burial will be private. In lieu of flowers, donations in Carol’s memory may be made to Connecticut Food Share by going to www.ctfoodshare.org, or to your local blood bank.