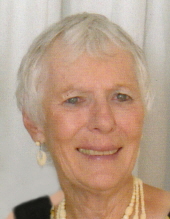 Carey, Carol C. Carol C. Carey (Chadwick), 79, of Hamden entered into eternal rest on Monday, July 22, 2013. She was born in New Haven on September 13, 1933 to the late Francis and Mary Shefcyk Chadwick. Carol is survived by her loving husband of 56 years John (Jack); her daughter Kathleen (Kevin) Cragin of Newtown, CT; sons Peter of Hamden, John (Tara) and James (Terri) all of Wallingford; three grandchildren, Daniel Cragin, Ryan Carey and Andrew Carey; Sisters-in-law, Patricia Carey and Maureen Carey, both of Hamden and many nieces and nephews. Carol was a wonderful homemaker. After raising her children she supported her husband as Secretary for the Coe & Brown Company for many years. Carol enjoyed traveling with Jack to many places in the U.S., Canada and Europe. She especially enjoyed her trips to Poland and Ireland. In addition to enjoying time with family and friends, golf was her passion. Carol was a member of the New Haven Country Club since 1979, and served as General Chair for Women from 1986-1987. She was also a member of the Connecticut Women's Golf Association (CWGA) and held the title of President from 1993-1994. Funeral from BEECHER & BENNETT, 2300 WHITNEY AVE, HAMDEN Thursday, July 25, 2013 at 11:00 AM. Mass of Christian Burial will be celebrated at Our Lady of Mt Carmel Church, 2819 Whitney Ave, Hamden at 11:30 AM. Friends may visit with her family at the funeral home on Wednesday from 4-8 PM. Interment in All Saints Cemetery following the Mass. In lieu of flowers, contributions in Carol's memory can be made to St Francis School Fund, 423 Ferry St, New Haven, CT 06513 or PME/CWGA Scholarship Fund, c/o Jean Sennett, 29 Scarsdale Rd, West Hartford, CT 06107.