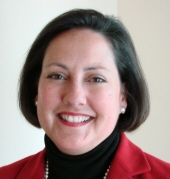 Carolyn Sue (Carrie) Breen Witt, age 50, of Hamden, CT and Bar Harbor, ME, died peacefully at home in Hamden on Sunday, Dec. 23, 2012. With her were her parents, Dermott and Sue Breen of Southbury, CT, and the parents of her late husband Tom Witt, Jim and Nancy Witt of Cold Spring, NY, as well as several devoted friends. Carrie is also survived by her brother David Morehouse Breen, his wife Nina Louise and their children: William, Charles, Jonathan, and Nina Elizabeth in Fairfax, VA. Carrie was born in New York City on January 12, 1962. A graduate of Greenwich High School and the University of Virginia, she majored in Medieval History and Drama. The past seventeen years she has been the Executive Director of the New Haven County Bar Association and a year ago was also the President of the National Association of Bar Executives (NABE). She started as a paralegal at Davis Polk in New York, then was the paralegal for the independent prosecutor on the Iran-Contra case in Washington. Upon her return to Connecticut she joined Wiggin & Dana, where she met Tom. She was also very active in the New Haven Junior League, being President in 2002-2003, more recently a Sustainer, and was honored by them in November for her continuing community service. The New Haven Garden Club was also one of her favorite activities, tying in with her interest in Acadia National Park. Friends are invited to attend a Memorial Service for Carrie on Saturday, Jan. 12, 2013, at 2:00 PM at Trinity Episcopal Church on-the-Green, 212 Temple St., New Haven, CT 06511. Her internment will be held privately with family. In lieu of flowers, donations in her memory may be made to Friends of Acadia, 43 Cottage St., Bar Harbor, ME 04609. Arrangements are in care of Beecher & Bennett Funeral Home, 2300 Whitney Ave., Hamden, CT.