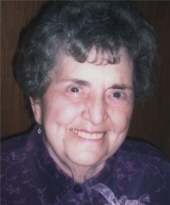 Our beloved mother, Carolyn Teresa Rascati, 88, formerly of 70 Worth Avenue in Hamden, passed away on Monday, March 8, 2010 at the Masonicare Health Center in Wallingford. Carolyn's loving and generous spirit will be remembered and celebrated by many. Carolyn's late husband of 42 years is Alexander J. Rascati. She was born in New Haven on May 9, 1921, Carolyn was the daughter of the late John and Carmelina Sicignano Girardi. Carolyn and her husband were the owners of Al and Carol's Delicatessen in New Haven and later Carolyn worked for the City of New Haven Board of Education, where she was given an award by the State of Connecticut for outstanding service to the Board of Education. Carolyn's five children include Edward A. Rascati and his wife Cynthia of Southington; M. Bernadette Higgins and her husband Steven of Ocala, FL; Salvatore G. Rascati of San Anselmo, CA; Alexis Carol of Madison; and Karen Hamilton of Old Saybrook. Carolyn's four siblings include the late Vincent Girardi and his late wife Nancy of North Haven; Theresa Shatkyvich and her late husband Boris of East Haven; the late Gloria Bone and her late husband Herman of New Haven; John Girardi and his wife Alice of Glassboro, NJ. Carolyn's six grandchildren include Stacey McCarthy, Shawn and Todd Higgins, Alissa Wood, and Stephen and Kristin Sidorak. Carolyn's five great-grandchildren include Rebecca, Kylie, and Connor McCarthy, Cole Higgins and Ava Wood. Carolyn's family invites friends and family to join them in celebrating Carolyn's life at a memorial service at the Masonicare Health Center Chapel, 3rd Floor, 22 Masonic Ave., Wallingford, CT on Saturday, March 13, 2010 from 1:30 p.m. There will be no visiting hours and there will be a private interment at St. Lawrence Cemetery in West Haven. BEECHER & BENNETT, 2300 Whitney Ave., Hamden in care of arrangements. In lieu of flowers, contributions in memory of Carolyn Rascati may be made to: Masonic Charity Foundation, P. O. Box 70, Wallingford, CT 06492.