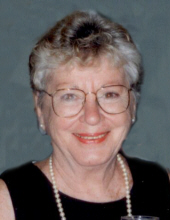 Catherine 'Katie' Gunn Dinnean, age 92, of Hamden, passed away on January 28, 2019. Born in New Haven on December 23, 1926 she was the daughter of the late Terence Francis Gunn & Rose Ann (Hackett) Gunn. Growing up in New Haven, she attended St. Mary's Grammar School and graduated from Hillhouse High School in 1944. She was proud that her graduating class raised enough funds to donate an airplane to help during World War II. Katie worked for local doctors in several states and lastly in New Haven until in the early 1960s, when she started her career with S.N.E.T. She retired from there as a Yellow Pages Supervisor. A longtime member of St. Mary's Church, she was a Eucharistic Minister there and at St. Raphael's Hospital. Katie was an active member of the New Haven Quota Club and she volunteered for many years at the Mercy Center in Madison. Above and beyond being a loving Mother, Katie was a pioneer in her role as a single parent. Katie is survived by her daughter Cornelia Dinnean of Hamden; her son Terence G. Dinnean of East Lyme; her sister Joan Atzbach of Hamden and her many nieces and nephews. She was predeceased by her sister Ann Marie Hines, and her two brothers in-law Edward Hines and Charles Atzbach. Friends may attend her Mass of Christian Burial on Saturday, March 2, 2019 at 11:30 AM in St.Thomas More, the Catholic Chapel and Center at Yale University, 268 Park Street, New Haven, CT 06511 and are invited to stay at for a reception in Katie's memory at the conclusion of her Mass. Burial will take place on March 9th at 11:00 in St. Lawrence Cemetery. Contributions in Katie's memory may be made to St. Thomas More, the Catholic Chapel and Center at Yale University, or to Notre Dame High School at www.notredamehs.com.