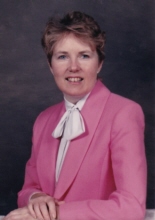 Cecilia Manthay Malin (Ellis) of Ashlar Village, Wallingford CT was called home to heaven on June 13, 2016. She was taken from her loving husband Frank Malin and her family due to kidney cancer and rheumatoid arthritis. She was 72 years young. Cecilia is survived by her husband of 21 years, Frank J. Malin, her daughters, Deborah Martin and son-in-law Joel Martin of Marlborough CT; Donna Rackie and son-in-law David Rackie of Wallingford CT and grandchildren, Justin and Kellie Marie Martin and Deanna and Derrick Rackie. She is also survived by her sister Susan Stock of Hillsborough, North Carolina. She will also be missed by Frank's children, Fran and Scott Lamson, Sarah and Len Bochicchio, Loretta and Tom Budd and Frank Jr. and Cathy Malin and many grandchildren. Many cousins in England and her longtime lady friends will greatly miss her. Cecilia was born in New York City on October 29, 1943 to parents Cecil and Kaarina Ellis and resided in Middlefield, CT. She earned her associate's and bachelor's degrees from Central Connecticut State University and later received her Master's Degree from Wesleyan University. She brought her organizational skills to various employers which led her to a career as executive secretary for the town of Wallingford for over 20 years. Volunteer service included leadership roles at St. John Lutheran Church, Immanuel Lutheran Church in Meriden, and at Ashlar Village. As mother and grandmother, she always encouraged learning. We will miss attending the theatre with her, having her say grace at all family functions, and her ongoing love of travel and trying new foods. Friends may visit with her family at BEECHER & BENNETT - FLATOW FUNERAL HOME, 48 Cook Ave., Meriden on Wednesday, June 22nd from 4-7 PM. A celebration of her life will be held at Immanuel Lutheran Church, 164 Hanover St., Meriden Thursday June 23 at 10 AM, and she will be laid to rest alongside her parents at a private ceremony in the Middlefield Cemetery. In lieu of flowers, please send donations to The Masonic Charity Foundation, PO Box 70, Wallingford, CT 06492.