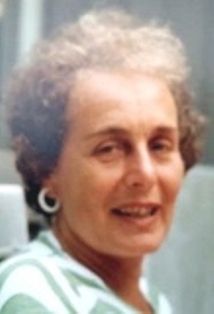 Celestine “Cele” Casa, died on May 9, 2021. She was born in New Britain, Connecticut on June 26, 1928, a daughter of the late Joseph & Maria (Carozza) Apruzzese.
When Frank, her husband of 61 years, died in 2016 she had inscribed on their headstone, “We had a wonderful life.” They made the most of their time together on earth. She had come a long way from her humble beginnings, overcoming any obstacle in her way. Born to poor, immigrant parents, she went to school speaking only Neapolitan, yet she became an English teacher who would read and discuss Shakespeare, Dickens, and so many more writers from across the globe. Cele did it, in part, by walking to the library, bringing home piles of books. She also walked every day for four years to the Teachers College of Connecticut (now CCSU) to get her teaching degree. With no local jobs available she went to teach in Rumford, Maine. Among other things she was the ski team coach, despite never having skied in her life.
Cele taught for many years at New Britain High School, teaching English, theater, English as a Second Language and, later, reading at Pulaski Middle School. She raised her children, instilling in them a love of learning, the arts, travel and meaningful dinner-time conversation, all while correcting their grammar. There was never a day when they didn’t know they were the most important thing in her life — until she had grandchildren. While working and raising a family she earned a Master’s degree.
What she earned by her perseverance and hard work was a rich life. Cele and Frank toured the world – Europe, Asia, South America, and every major site in the US. They went to art museums everywhere, were subscribers for decades to the Yale Repertory Theater, drove for many years to the Shakespeare festival in Ontario and went monthly to New York City. In retirement they spent winters in Naples, Florida. She often arranged trips so that the grandchildren were able to spend time together. That mattered. A teacher in every sense, her life was a model for her kids and grandkids, showing them the joys of the intellect and love of family. Cele is survived by her son, Gian-Carl Casa of New Haven and his wife Cindy House, her daughter Elaine Welsh and her husband John of Suwanee, Georgia, adoring grandchildren Carlo Casa of Brooklyn, NY, Jessica Welsh Clement and her husband Jesse of Birmingham, Alabama, Amanda Welsh of Southington, CT, Samantha Welsh of Jamaica Plain, Massachusetts, a grand-step-son Atlas House and great-grandchild Crew Clement. She was predeceased by her sister, Gilda Dadura. She had a wonderful life.
Her Mass of Christian Burial will be celebrated at Our Lady of Mt. Carmel Church, Whitney Ave, Hamden on Saturday, May 15th at 10:00 a.m. and can be seen on live stream at www.OLOMC.org. Burial will follow in Centerville Cemetery, Hamden. In lieu of flowers the family asks that in her memory, you may donate to the New Britain Public Library, 20 High Street, New Britain, CT 06051. Arrangements are in care of BEECHER & BENNETT FUNERAL HOME, 2300 Whitney Ave., Hamden.