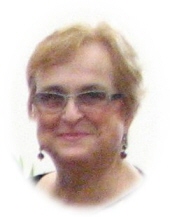 On July 28th 2010, Charlene H. Riccardi 67, of Jaenicke Lane, Hamden passed away peacefully after a short illness. Loving mother of Richard (Stacey) Riccardi of Hamden, ex-wife of Richard Riccardi of Petaluma, CA. Charlene was born in New Haven, CT on May 13, 1943, daughter of the late Charles and Helene Hill. Charlene attended Putman Avenue Elementary School, Michael J. Whalen Junior High School and Hamden High School, the same schools as her son. She was a graduate of the first class to receive Bachelor of Arts degrees at Southern Connecticut State College, and then continued her education at Yale University, completing Masters work in Vocal Performance and Honors in piano. She began her career as an English teacher and drama coach at Moran Junior High School in Wallingford, before moving to Hamden to become an English/Music teacher at Sleeping Giant Jr. High School. After returning to Southern to complete her Masters in Library Science, she became a Library Media Specialist, opening the library in Hamden's first open-space school, Shepherd Glen. While there, she became known as 'the Instant Button' lady, integrating buttons into the library curriculum, presenting her creative work at the American Library Association's convention, and becoming an educational consultant and designer for the Instant Button Company. Once completing her Sixth Year in Educational Leadership at Southern, she moved to the administrative ranks in West Haven, becoming an Assistant Principal for Bailey Junior High School, Acting Principal for Thompson Elementary School, and Language Arts Coordinator for the entire system. Her love for books drew her back to the library, where she completed her career as an Elementary Library Media Specialist at Thompson, Mackrille, Stiles, and Molloy Schools in West Haven. Retiring in 2003, she continued to serve as a substitute teacher in West Haven and Hamden, performing Title 1 testing and servicing at St. Lawrence and Our Lady of Victory Schools in West Haven the past two years. She also was active in the West Haven Retired Teacher Association and the Women Redefining Retirement group in Milford. While her son was a student at Southern, she created and directed the Residential Academic Assistance Program for on-campus students at Southern, proudly having her future daughter-in-law serve as her assistant. Her dedication to Southern's Alumni Association was tireless, serving as a member of the Board of Directors, co-chair of the Awards Committee, member of the Finance Committee, and volunteer at almost every Alumni event; receiving the Alumni Service Award was one of her greatest honors. Her commitment to her church was boundless as she wore many hats at Hamden Plains United Methodist Church, from administrative council chair to staff-parish chair to worship chair; she even preached sermons as a certified lay speaker. Music was a integral part of her life: her beautiful soprano voice and flute playing adorned weddings and special services, and she played in her son's handbell choir at Mary Taylor Memorial UMC in Milford. She was well known for her handmade cards, candles, and rubberstamping. Her life was filled with many 'loves', which included family, cats, dogs, good food and travel (Florida, Colorado, Arizona, Hawaii). But no words can describe the incredible love and devotion she had for her son. And no words can describe his incredible love for her. Friends are invited to attend a memorial service celebrating Charlene's life on Sunday, August 1st at 3:00 p. m. at Hamden Plains UMC, 15 Church Street, Hamden, CT, 06517. There will be no calling hours. In lieu of flowers, memorial contributions may be made to one of the following: The Hill/Riccardi Fund at Hamden Plains UMC (address above; make checks payable to 'The Book of Remembrance' and note Fund name in memo) or The Charlene Hill Riccardi Memorial Scholarship at Southern Connecticut State University (501 Crescent Street, New Haven, CT, 06515; make checks payable to SCSU Foundation and note the scholarship name in the memo). There will be a time of fellowship and food following the service. And she and her family want to thank the CICU staff of St. Raphael's Hospital for their care and support; they are living proof that there are angels among us. BEECHER & BENNETT, 2300 Whitney Ave., Hamden in care of arrangements.