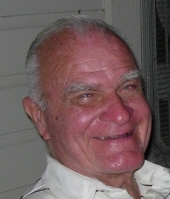 Charles Ernest Yenkner, 89 passed away Saturday Dec. 21, 2013, son of the late Maude (Drechsler) & Ernest Yenkner. Born April 11, 1924 in Meriden CT where he grew up and attended Meriden High School, class of 1942. After completing two years at UCONN Charlie proudly served his country as a Captain in the US Army Air Corp in Italy during WWII, navigating B24 Liberator Bombers with the 15th. Air force 451st. Bomb Group. He received the Distinguished Flying Cross for gallantry in action over Ploesti Oil fields. Upon his return from the war Charlie completed his degree at UCONN becoming a Mechanical Engineer and joined the work force at Pratt & Whitney, where he worked for over thirty years. He married his high school sweetheart Trudy Tonge and started a family in Meriden, eventually moving to Glastonbury in 1960 to reduce the commute to Pratt before Interstate 91 existed. He enjoyed life at Lake Pocotopaug in East Hampton where he built the lake house and spent summers with his family and lake friends. His love of the water became contagious for his entire family. Fishing, boating and water-skiing were frequent past times every weekend and hot summer days. He and Trudy traveled extensively visiting Europe, spending time in Texas, Florida and the Caribbean which became his favorite vacation spot. In addition to his wife, Trudy, he is survived by his children: Charles Yenkner Jr. and his wife Tina of Glastonbury, Robert Yenkner and his wife Ginny of Higganum and Carol Rodgers and her husband Terry of Buda Texas: grandchildren Charles III, Thomas and Elizabeth Yenkner, Eric, Chuck, Cat and Pattie Swanson and several nieces and nephews. The Yenkner Family wants to thank the entire staff at The Villages at Kensington in Meriden where he lived his last few years, they provided patience and loving care, frequently going above and beyond to enhance his quality of life as his health declined. Friends may attend his Funeral Service on Sunday Dec. 29th at 1:30 PM in the BEECHER & BENNETT - FLATOW Funeral Home, 48 Cook Ave., Meriden. There are no calling hours and burial will be private. Military Honors will take place at the funeral home following his Service. In lieu of flowers contribution in his memory may be made to the Alzheimer's Association CT, http://www.alz.org/ct, 2075 Silas Deane Highway, Suite 100, Rocky Hill, CT 06067. 860-828-2828