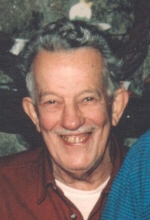 Charles Frederick Joseph, Sr., 87, of Hamden, passed away on July 27, 2007. He was born in Bridgeport, July 26, 1920 to the late Charles and Florence Lindgren Joseph. Charles leaves his wife Ann Funaro Joseph and his children, Karen Reynolds of Madison and her husband Ricky, and Charles F. Joseph Jr. Also, three grandchildren, Melissa Burnadette Joseph of Charleston, SC, Ashley Marie Reynolds, and Patricia Lynn Reynolds both of Madison and several nieces and nephews. He was predeceased by his siblings, Dorothy VanSyckle, John Joseph and Harold Joseph. He was a veteran of WW II in the US Army. Charles was a master pressman for the former Walker Radcliff Printing Co., he later worked for Martin Printing Co. until his retirement. After retirement he was asked by Martin Printing Co. to return as a consultant, which he did for 5 years. Charles is a longtime Hamden resident and a member of the VFW, Elks Hamden Lodge #2224 and American Legion Post #88. Charles always enjoyed fishing, poker and woodworking. When he wasn't working he loved spending time with his family. Funeral service Monday, July 30 at 9 a.m. at BEECHER & BENNETT, 2300 Whitney Ave., Hamden. Friends may visit with the family on Sunday from 4 to 7 p.m. Burial will be at the CT State Veterans Cemetery in Middletown. Memorial contributions in Charles' name may be sent to the American Cancer Society, 538 Preston Ave., Meriden, CT 06450.