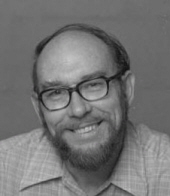 Charles Lee Remington, 85, retired Professor Emeritus of Biology and Forestry & Environmental Studies at Yale University, passed away at Whitney Manor in Hamden, Connecticut on 31 May 2007. He was a member of the Yale faculty for 44 years, widely known and respected for his oratory skills and lectures. He taught a variety of courses in the areas of ecology, evolution, genetics, entomology and bioethics. After he retired in 1992, Charles taught courses focusing on population and the environment, endangered species, and the biodiversity crisis. Charles' research interests focused on the evolutionary history of insects, particularly butterflies and moths; one of his special passions was island biology. He published a broad array of scholarly articles, including an important early treatise on animal and plant hybridization, and mentored several generations of future scientists from around the world. He helped found The Lepidopterists' Society, the Connecticut Entomological Society, Zero Population Growth, and the Xerces Society. One of Charles' most substantial and lasting contributions to science is the world class insect collection that he assembled at the Peabody Museum of Natural History, while serving as Curator of Entomology there. Charles is survived by his wife Ellen Mahoney, his first wife Jeanne Remington, and his three children Eric Remington, Janna Remington, and Sheldon Remington, and three grandchildren. A memorial service will be held Saturday, June 30 at 2 p.m. at the Unitarian Society of New Haven, 700 Hartford Turnpike, Hamden. Memorial contributions may be made to the Unitarian Society, or to an environmental organization of your choice. Arrangements under the direction of BEECHER & BENNETT, 2300 Whitney Ave., Hamden.