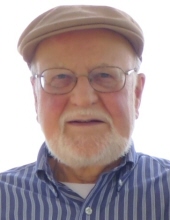 Charles Ross Bryant, aged 81, resident of Hamden, son of Charles Winthrop Bryant and Elizabeth Brigham passed away peacefully in his home surrounded by his family on Sunday, December 23, 2018. He graduated from Clark University and went on for his Masters degree at Columbia University. He then worked at the Brooklyn Public Library, before moving to Yale University, where he was Curator of the Southeast Asia Collection at Sterling Memorial Library until he retired. Throughout his life, he was a pioneerin pursuing higher education, in fighting for civil rights, recognizing the value of computers in library sciences, raising the profile of the Committee on Research Materials on Southeast Asia (CORMOSEA). He lived his beliefs about peace, equality, justice and honesty; through his quiet, gentle activism and faith, he left the world a better place. He is much remembered for his kindness and generosity. A lifelong Boston Red Sox fan, he was rewarded in seeing them win four World Series. He is survived by his wife, Ella, sister, Nancy, children Hayley, Steven and Ryland, son-in-law Tim Hobgood, and grandchildren, Nirina and Marisol. Friends may visit with his family on Wednesday, December 26 from 12:00 - 3:00 p.m. at Beecher and Bennett Funeral Home, 2300 Whitney Avenue, Hamden. Mass of Christian Burial will follow at 4:00 p.m. in St. Mary's Church, 5 Hillhouse Avenue, New Haven. Should one desire, charitable contributions in Charles's name may be made to St. Mary's Church.