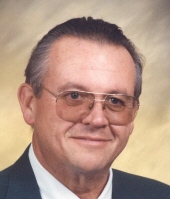 Madison, CT- Charles W. 'Bill' Kimbell, III, 64, loving husband of Beverly Moore Kimbell, of Durham Rd. passed away suddenly Sunday April 13, 2008 at his residence. Mr. Kimbell was born in Utica, NY May 7, 1943 a son of the late Charles W. and Florance Starr Kimbell, II, and had resided in Hewlet, Bayshore and Rockville Center Long Island before moving to Madison, CT in 1993. He was employed as a Senior Director of CCS, Community Counseling Service, and prior to that he served as the President of the Masonic Charity Foundation for 15 years. While residing on Long Island he worked for the Episcopal Health Services of Long Island, St. John's Hospital, and was Executive Director at the Five Towns United Way. He was a member of Trumbull Lodge # 22, A.F. & A. M. of New Haven, CT a member of the Ancient Accepted Scottish Rite Bodies of the Valley of Hartford, CT, Connecticut Consistory, and the 'Chanters' of Sphynx Temple of the Shrine. Bill was made an Active Member of the Legion of Honor of the International Order of DeMolay in 2006 for his service to humanity and was a Senior DeMolay from Syracuse, NY. He was an Eagle Scout, and he and Bev were avid sailors and sailed Long Island Sound on their 31 foot sailboat. In addition to his wife, he is survived by a brother John Kimbell and his wife June, a sister Joy Decker and her husband Bill, a brother Ricardo Nicholas Zurob of Santiago, Chile, and he was a beloved uncle to many nieces and nephews. Christian Burial service will be Wednesday April 16, at 11 am in St. Peter's Episcopal Church, Cheshire. Visitation will be Tuesday (TODAY) at BEECHER & BENNETT, 2300 WHITNEY AVE., HAMDEN from 7-9p.m. Masonic service at 8:30. Interment in St. Peter's Cemetery. Memorial contributions may be sent to 'The Music Fund' at St. Peter's Episcopal Church, 59 Main St., Cheshire, CT 06410.