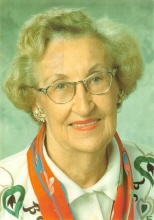 Charlotte Louise Schmermond, 100, of Hamden, wife of the late Henry G. Schmermond passed away April 2, 2017. She was born March 23, 1917 a daughter of the late George and Emilie Ertelt Barske and had resided in Hamden most of her life. She was a member of the Church of the Redeemer and was employed as a baker. Charlotte is survived by her son Paul E. Schmermond of Hamden and by her nephews Jeffrey (Kim) Barske and Elliott (Dianne) Barske, Jr., and nieces Barbara Hackett and Barbara (Raymond) Hart. She was predeceased by her son, Keith F. Schmermond, and her brother and sister-in-law, Elliott and Shirley Barske.