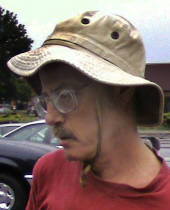 Charlton Hovenden Gilbert, known to family and friends as 'Chuck,' died suddenly on June 11, 2014 at the age of 63 in New Haven, Connecticut. He was born on January 2, 1951 in New Haven, Connecticut, and was the son of Mary Jordan Gilbert and N. Charlton Gilbert. 'Chuck' was the grandson of Mr. and Mrs. Wm. Amos Jordan of Hamden, and Mr. and Mrs. Frank Wellington Gilbert, also of Hamden. He was the grand-nephew of Alfred C. Gilbert, inventor of the Erector Set and founder of the A. C. Gilbert Company, manufacturer of Erector Sets, Chemistry Sets, and American Flyer Trains. Many people in the New Haven area were employed by the company until its demise in 1967. 'Chuck' was a graduate of More Hall, a preparatory school, and Manchester College, where he earned a degree with Cum Laude honors. He was employed by Stop and Shop for many years. He is survived by his mother Mary, of Millbrook, New York, his half-sister Greta Edelman of Hamden, and his half-brother Neil of Falmouth, Maine. Arrangements are under the direction of BEECHER & BENNETT FUNERAL HOME, 2300 Whitney Avenue, Hamden. Services will be private.