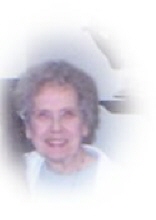 Meriden- Christine A. Stevens, 85 wife of the late Paul A. Stevens Jr. passed away Sunday, April 22, 2007 at the Curtis Home, Meriden. She was born in Meriden and lived here most of her life. She had owned and operated the Northend Market in Meriden for many years. Christine was also a member of St. Rose of Lima Church. She was a special mother and grandmother who will be greatly missed. She is survived by two daughters and their husbands, Patricia & Albert Buonanni of Middletown and Carol and Claude Jandreau of Meriden, two sisters, Mary Boober of Meriden and Doris Kelly of Greenwich and a brother, James Berger of Groton. She also leaves five grandchildren, Cheryl (Buonanni) Ives, Albert Buonanni Jr., Craig Buonanni, Kristy (Buonanni) Coon and Richard Jandreau and eight great-grandchildren, Pamela Ives, Heather Buonanni, Charlie and Amanda Ives, Victoria Buonanni, Craig Buonanni Jr. and Devin and Dylan Coon. She was predeceased by three brothers. Funeral from Beecher & Bennett-Flatow Funeral Home, Wednesday, April 25 at 10 a.m. A Mass of Christian burial will be celebrated at 10:30 a.m. in St. Rose of Lima Church, 35 Center St., Meriden. Burial will follow at Walnut Grove Cemetery, Meriden. Relatives and friends may call at Beecher and Bennett-Flatow Funeral Home, 48 Cook Ave., Meriden on Tuesday from 5-8 p.m.