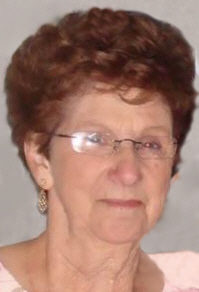 Claire Ann (Surette) Brunetti, age 85, of Wallingford, passed away on May 10, 2020. Born in Ste. Anne du Ruisseau, Nova Scotia, Canada she was a daughter of the late James and Ida (Saulnier) Surette. Claire was predeceased by her husbands, Theodore Webster and Walter Brunetti. Her life was filled with five children, Karin Helm of Cape Coral, FL, Lorrie Cappello and Atty. Janis Small both of Wallingford, CT, Sherry Trapp of Durham, CT and the late Charles Webster. Claire also leaves 10 grandchildren and 11 great grandchildren. She was one of eleven siblings, predeceased by all except for her brother Bernard of Ontario, Canada. An Avid golfer, cribbage player and bowler she was one of the first woman to drag race in 1964 at Connecticut Dragway in Colchester, CT. Claire owned and operated Elite Lingerie in Wallingford and The Hair Loft in Lady Lake, FL. She also worked along with her husband Walter at his place, Brunetti’s Luncheonette in Wallingford.
There are no funeral services planned at this time. Arrangements are in care of Beecher & Bennett Funeral Home, 2300 Whitney Ave, Hamden, CT.