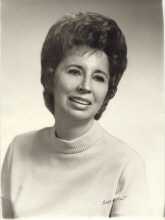 Clare E. Toth, formerly of New Haven, passed away December 24, 2014 in Virginia Beach, Virginia where she had resided since 1990. A graduate of Larson College (Quinnipiac), she joined Kops-Monohan Communicaiions - WAVZ/WKCI in 1960 as a bookkeeper. Ahead of her time, she broke through the 'glass ceiling' before such a term existed and remained there until her retirement as Vice President of Accounting in 1990. In addition to her extraordinary career she was active in numerous business and civic organizations. She was pre-deceased by her parents, John and Barbara Szombathy Toth, brother Ernest Andrew Toth and sister Margaret E. Toth. She is survived by her brother John M. Toth and wife Carolyn, Nieces and Nephews: Barbara Stegemann, Andrew Toth , Tamyra Natividad, Sharon Adams and Daniel Toth. Graveside funeral services will be held in Fair Haven Union Cemetery, 149 Grand Ave, New Haven, CT December 29, 2014 @ 12:00 pm. Friends may join the family prior to the service at 10:00 am at the Beecher & Bennett Funeral Home - 2300 Whitney Avenue, Hamden. The family requests that in lieu of flowers, please perform an act of kindness for someone in need, or make a donation in Clare's honor to the charity of your choice.