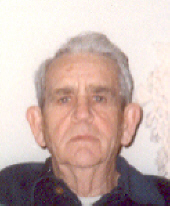 Clarence Edward Earley, 98, husband of 47 years to the late Arline Taylor Earley passed away Feb. 27, 2012 with loved ones by his side after a brief illness. Father of Linda M. Lehr and her husband, George Lehr of Norwich, CT, Raymond T. Earley of New Haven, David E. Earley and his wife, Lori Earley of Newark, DE, Grandfather of Karl & David Lehr, Matthew, Kristi, & David Earley, great grandfather of Ethan D. Lehr. Mr. Earley was predeceased by his sisters Ruth A. Richardson, Sadie Reed and brothers Roy, Gordon and Willard Earley. He was born in Salem, MA, March 12, 1913, a son of the late Charles C. and Blanche Armstrong Earley and resided in Hamden until 2011. He proudly served in the US Army Air Corps as a First Lieutenant during WW II, and was employed at National Pipe Bending Co. for 25 years prior to his retirement in 1983. Clarence was a member of Alelphi Lodge # 63 A.F. & A. M., Spring Glen United Church of Christ and the Wallingford Country Club. A Memorial Service will be Saturday, March 3, 2012 at 2 PM at BEECHER & BENNETT, 2300 WHITNEY AVE., HAMDEN. Rev. Jeff Crews will officiate.