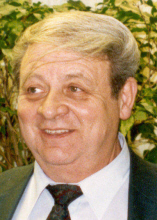 Clarence T.'Bucky' 'Charlie' Barrett, Jr., age 76, of Whitney Ave, New Haven, passed away April 19, 2010. Bucky is the husband of Bobbie Streater Barrett. Born in Winsted, CT on Oct. 9, 1933 he was a son of the late Clarence T. & Eileen Brown Barrett, Sr. Bucky is survived by his daughters, Jill Sanders & her husband Stanley of Bridgeport, Susan Hayes & her husband Marcus of Charlotte, NC and Tanya Reid-Fuller & her husband Maurice of New Haven; his son, James Barrett of Hamden; 11 grandchildren; 7 great grandchildren and his niece Elizabeth Whitley. Bucky was predeceased by his 1st wife, Carole J. Winston Barrett and brothers, Andrew & James Whitley. Clarence is a US Navy Veteran and a Minister of Jehovah's Witnesses for over 50 years. He was employed at Halsey - Themper in Hamden for 25 years. Prior to that he was a supervisor at the former H. Kasden & Sons Co. Friends may visit with his family from 9:00 AM to 10:00 AM on Saturday April 24, 2010 at Kingdom Hall of Jehovah's Witnesses, Newhallville Congregation, 885 Wintergreen Ave., Hamden. His funeral service will begin at 10:00 AM. His Interment will be held privately. Arrangements are in care of BEECHER & BENNETT FUNERAL HOME, 2300 Whitney Ave., Hamden.