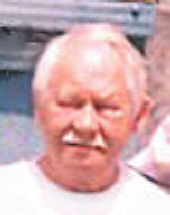 Claude E. Jandreau, 80, husband of Carol (Stevens) Jandreau passed away peacefully on Wednesday, March 12, 2014 at home after battling lung cancer. Born in St. Francis, ME on June 7, 1933 he was the son of the late Delsey Jandreau and Alvine Morin Jandreau. Claude graduated in 1951 from the Maine School for the Deaf. He moved to Connecticut where he was employed by Pratt & Whitney. Claude later worked for the Postal Service where he retired in 1995 after 25 years of service. Claude enjoyed watching the Red Sox, Patriots and UCONN basketball. He was a regular at Dunkin Donuts for years where he enjoyed conversing with the local deaf community. In addition to his wife Carol of 42 years, he is survived by his son Richard P. Jandreau and his longtime companion, Amy MacLauchlan, a sister Cora Pelletier, two brothers, Felix and Wayne Jandreau, a sister-in-law Patricia Buonanni and her husband Al as well as many nieces, nephews and extended relatives. He was predeceased by a sister Louise and two brothers, Joseph and Grover. A funeral service will be held on Saturday, March 15, 2014 at 10am at Beecher & Bennett-Flatow Funeral Home, 48 Cook Ave., Meriden. Burial will follow at Walnut Grove Cemetery, Meriden. Relatives and friends may call at the funeral home on Friday, March 14 from 5-7pm.