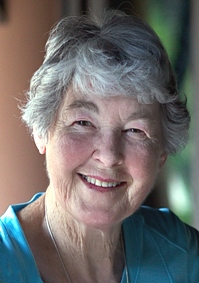 Claudia Ellis Davison, 86, formerly of Cheshire passed away peacefully at Woodland Ridge Assisted Living in Smyrna, GA on June 3, 2022. She was the wife of the late Robert Leeds Davison and the daughter of the late Earle and Ethel Buller Ellis. Claudia is survived by her daughter Suzanne Jaffe and husband Matthew of Atlanta, GA, son Kerry Davison and wife Joli of Chiang Mai, Thailand, and daughter-in-law Teri Davison of Cheshire. She is also survived by her four grandsons; Brandon and Alec Jaffe of Atlanta and Eric and Andrew Davison of Meriden. In addition to her husband and parents, she is predeceased by her son Kenneth Davison, and brothers, Donald Ellis and Earle Ellis.
Claudia was born and raised in Hamden. She attended Hamden High School and earned her Bachelor’s Degree in education from the Teachers College of Connecticut. She began her career as a first grade teacher at Norton School in Cheshire. After taking some time off to raise her family, she served as the school librarian at the Cheshire Academy from the 1980s until her retirement in 2002. Never content to sit around the house, she returned to the classroom as a substitute kindergarten teacher at the Early Childhood Center at Darcey School in Cheshire during her retirement years. Claudia and her husband moved to Atlanta in 2016 to be closer to her daughter Suzanne and her family. Claudia was beloved by all that knew her and was known to greet her neighbors in Atlanta with a warm smile and a cold pint of Ben and Jerry’s ice cream.
Friends are invited to visit with Claudia’s family on Friday, June 10th from 5-7 p.m. in BEECHER & BENNETT FUNERAL HOME, 2300 Whitney Ave., Hamden. Her funeral service will be held in the funeral home at 10 a.m. Saturday, June 11th. Interment will follow in Centerville Cemetery. In lieu of flowers, donations in Claudia’s memory may be made to The Dana-Farber Cancer Institute, P.O. Box 849168, Boston, MA 02284.