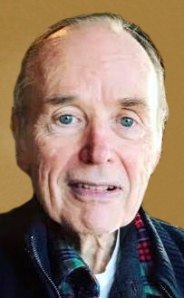 Cornelius J. Colwell, 87, husband of the late Gloria Schott Colwell, passed away suddenly but peacefully at YNHH-St. Raphael’s February 2, 2022 with his sons by his side. “Neil” was born in New Haven March 2, 1934 to the late James and Mary Keohane Colwell, growing up in Newhallville. He resided in the Spring Glen neighborhood of Hamden for 37 years, where he was a parishioner of St. Rita’s Church, before moving to Branford and then East Haven. Other than stints in the Army, Air Force Reserve, and FBI in Washington, D.C. during the Kennedy administration, he was a Connecticut Yankee through and through. Neil worked at The New Haven Country Club, Winchester Repeating Arms, United Illuminating, and Yale University.
A graduate of the Connecticut Police Academy, University of New Haven, and the University of Bridgeport, he became a Hamden elementary school teacher in 1966 at Putnam Avenue School. When Putnam Ave. closed, he moved to Ridge Hill/St. Rita’s, Alice Peck, and Church St. schools over his 27 year career. He continued to be committed to education as a volunteer ESL instructor in Hamden, New Haven, and East Haven night programs for many years after retiring. Neil was a devoted member of the Hamden Elks Lodge #2224, serving on the Scholarship Committee.
Neil married Gloria June 4, 1966. After raising their sons, Neil and Gloria spent their Golden Years traveling and enjoying their grandchildren.
If Neil was talking, it was probably fast and furiously about sports; he was an avid fan of the NY Yankees, NY Football Giants, and UCONN Huskies. He loved to visit Yankee Stadium and quote Yogi Berra. He developed a love of golf as a caddy in his teenage years, and caddying paid his St. Mary’s High School tuition. The combination of his Catholic upbringing and law enforcement background made him fair; his capacity for compassion and understanding made him beloved.
He is survived by his sons and their spouses, Matthew J. (Erin) Colwell of Old Saybrook, Thomas P. (Nivea) Colwell of Walnut Creek, CA, a sister, Rosemary Dillon of Branford, a brother, Howard Colwell of Hamden, and 4 grandchildren, James, Ellen, Julia and Patrick Colwell. He was predeceased by a brother, James Colwell.
Friends are invited to visit with his family on Monday, February 7th, from 3-7 p.m. at BEECHER & BENNETT, 2300 Whitney Ave., Hamden. Mass of Christian Burial will be celebrated in Divine Mercy-St. Rita Parish Tuesday morning at 10 a.m. Interment will follow in All Saints Cemetery. Memorial contributions may be sent to the Hamden Elks Scholarship Fund, c/o Hamden Elks Club, 175 School St., Hamden, CT 06518.