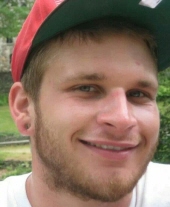 Cortland L. Bonday, age 25, life long resident of Hamden, passed away on March 26, 2014. Cortland was the boyfriend for many years of Megan Groleau with whom he resided. He is survived by his mother Jacqueline Boughton Marvel of Northford; his father Michael Marvel of Branford; his sister Jessica Marvel of Hamden; his brother Nicholas Marvel of Washington; his maternal grandparents Dennis Boughton of North Haven & Joan Silk Petraccione of Wallingford; his aunts, Jill Boughton on North Haven & Joan Turner of Hamden; his uncle Dennis King of Wallingford and several cousins. He was predeceased by his uncle Peter Boughton. Cortland was a Hamden High School graduate, a musician and an employee of Aloha Pools. Friends may visit with his family on Monday, March 31st from 4:00 to 8:00 PM at BEECHER & BENNETT FUNERAL HOME, 2300 Whitney Ave., Hamden. During that time his Prayer Service will be held at 7:30 PM in the funeral home. Interment will be private.