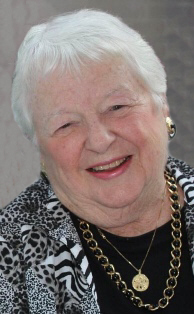 Born in: Lewiston, ME
Resided in: Hamden, CT

Cynthia Miller Oakes of Hamden died on October 10, 2021; she was asleep and at peace. Cynthia was the loving wife of Abner Oakes, who predeceased her in May. Born in Lewiston, ME, she was the daughter of Doris Eyre and Carlton Pierce Miller. With Abner, she lived in Hamden for more than 50 years.
She attended Melrose (MA) High School and graduated from Westbrook Junior (ME) College in 1954. She and Abner met at the Newagen Seaside Inn in Southport, ME, when she was working in Boothbay Harbor and Abner was stationed at the Naval Air Station in Brunswick. They were married in February 1959.
She and Abner lived in Hanover, NH from 1960 to 1970, where she was involved in various community activities. In the winter she was a ski instructor for the Ford Sayre ski program, often seen on the slopes with her full-length raccoon coat. When she and Abner moved to Hamden in 1970, she was moved by the untimely death of her younger brother Tony, a Navy pilot during the Vietnam War. To spearhead awareness around prisoners of war and soldiers missing in action (POWs/MIAs), she used her role as chairwoman of the Hamden Junior Women’s Club’s Veterans Committee to lobby the town to plant a Freedom Tree in a pocket park across from the Hamden Town Hall to further highlight POWs and those MIA.
Cynthia was an entrepreneur before that word was in vogue. In Hanover she had a giant garden and sent her sons around the neighborhood to sell zucchini and tomatoes from a Radio Flyer wagon. She and Abner bred and sold pocket beagles and, when they moved to Hamden, had a litter of puppies and their mother in the back of the station wagon. In Hamden, she opened a craft store on Whitney Avenue, the Craft Fair, and had three kilns in her home’s basement to fire her clay creations. On weekends she and Abner sold her wares at craft fairs around New England.
Particularly special to Cynthia was her time with family in Little Neck, a beach community in Ipswich, MA. In the late 1940s, her father built a cottage there, and during summers, while her husband was working, she and her boys would stay at that cottage or rent one. With her sons, she fished, pulled lobster pots, dug clams, and swam in the cold Ipswich River.
Cynthia is survived by her three sons, Abner, IV (Laura Jewett) of Bethesda, MD, Jeffrey (Margaret) of Manassas, VA, and David (Nancy) of North Haven; her sisters, Susan Henry of North Conway, NH and Judith Ward of York, ME; seven grandchildren; and a great-grandson.
Relatives and friends are invited to visit with her family on Friday, October 29, from 9:00 to 11:00 a.m. at Beecher and Bennett Funeral Home, 2300 Whitney Avenue, Hamden. The funeral service will follow at 11:00 a.m. Her burial will take place in Centerville Cemetery. Those that wish to honor Cynthia’s legacy can donate to the Dementia Society of America at https://www.dementiasociety.org/donate.