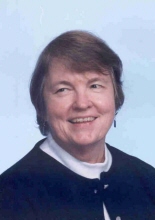 Cynthia Swift Prentice, age 77 of Dogwood Lane, Trumbull, CT, died, Wednesday evening, Feb. 1st at Yale New Haven Hospital. She was the beloved wife of Milton F. Beisiegel. Cynthia S. Prentice was born April 17th 1928, daughter of Harold and Dorothy Swift of Tenafly, NJ. She graduated from Orleans High School in Cape Cod, MA. With an innate musical talent she entered into the musical world and for four years attended the Julliard School of Music, preparatory division. She later was a student at the prestigious Berkshire School of Music of Tanglewood, MA for 3 years. She graduated from The New England Conservatory of Music with a Bachelors degree of Music. She was a member of the Central Florida Symphony in Orlando for two years. There followed an illustrious career in music as an Adjunct Professor of Music at the University of Bridgeport, Sacred Heart University, and for 17 years at the Weston School of Music. She was most recently a member of the Bridgeport Symphony and the Connecticut Chamber Orchestra. She performed through the years with other groups including the Ridgefield Symphony, Norwalk Symphony, Stamford Symphony, violist with the Connecticut String Quartet, and a player with the Greenwich Philharmonic. She taught private music lessons for more than 50 years and had an active student body, teaching violin, viola and piano at her Trumbull studio. Besides her husband Milton Beisiegel, she leaves two sons, Edward and Thomas Prentice of Massachusetts, a daughter, Susan Turner of Sacramento, CA (children of Cynthia and her late husband Richard C. Prentice) and a sister Susan Doherty of Baltimore Maryland, a stepson Scott Beisiegel, of Oxford CT and seven grandchildren. A private graveside service will be held in Milfordside Cemetery, Woodbridge CT. There will be no calling hours. In lieu of flowers the family would greatly appreciate contributions to either the Yale New Haven Hospital or a local youth music organization of your choice. Arrangements under the direction of BEECHER & BENNETT, 2300 Whitney Ave., Hamden.