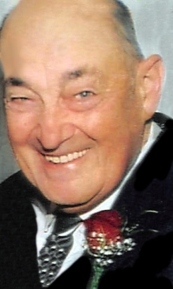 Dale O. Bunnell, 84, husband of the late Janet (Rich) Bunnell and Carol (Breeze) Bunnell passed away at Masonic Healthcare Center on Saturday, October 8, 2022. Born in Middletown on July 6, 1938, he was the son of the late Oliver Munson and Doris (Clark) Bunnell. He is survived by his daughters; Christina Davis (Carl) and Wendy Christiansen (James), both of Meriden, grandchildren; Oliver, Dale, and Joshua Santiago, and step-grandchildren James and Jillian Davis, along with others. He was predeceased by his brother, Mark Bunnell. A resident of Meriden, Dale resided in Durham and Arizona before relocating bach to Meriden. He was a Truck Driver and Well Driller for many years. An avid outdoorsman, he enjoyed fishing, hunting, and woodworking, but he loved spending time with his family most of all.
Funeral Service will be held on Friday, October 14th at 11:00 a.m. in the First Congregational Church, 62 Colony Street, Meriden, CT 06451. Burial will be private. In lieu of flowers, contributions in Dale’s memory may be made to the First Congregational Church of Meriden.